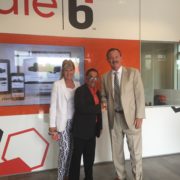 A Very Happy Birthday to Trina!